Canadian Mortgages SURGE to $1.7 trillion: Will there be a CRASH? 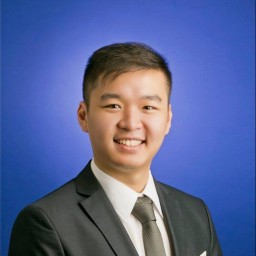 In this video, I'm going to talk about the mortgage surge that pushed Canadian consumer debts to an astounding figure of $1.7 trillion.

A surge in mortgage borrowing is pushing consumer debt loads higher in Canada, despite a decrease in consumer credit card usage. Households are spending more money on their homes while spending less on everything else.

Now, this is actually a very interesting statement because it shows you how households have been changing their spending habits from being consumers (buying things) to becoming investors (buying investments).

Due to the increasing number and size of mortgages being taken out in Canada, consumer debts have risen to an outstanding $2.1 trillion in Canada. Historically, housing markets show an uptrend due to supply chain constraints. An example of a constraint is COVID delaying the construction of new housing, so reaching the highest peak for a market than has an uptrend is a normal phenomenon.

This has caused people to look for higher paying jobs which will eventually lead to a shortage in the labor market and rising salaries for workers because you will no longer be able to higher people for a cheap price, all to compensate for the increase in housing costs. However, I believe that it will still be insufficient to cover increased housing costs which means that Canadians will be taking on larger mortgages, and mortgage payments will be higher.

So welcome back to my channel. And in this video, I'm going to talk about the mortgage surge pushes Canada consumer debts to 1.7 trillion. So my name is Eric [inaudible] and I'm a CPA before we get started. I just want to celebrate another three case studies within investing accelerator, where Mike made 66% from Sienna and 11 weeks. John made 51% from Sienna in two months, and he won also made 28% from Sienna and two months as well. So congratulations to you all these are successful, uh, exits for your investment portfolio. So let's get started. So in the first paragraph, Bloomberg said a surgeon mortgage borrowing is pushing consumer debt loads higher in Canada, despite fallen credit card use as households plow more money into their homes while spending less on everything else. Now, this is actually a very interesting statement because it shows you how households have been shifting their money from one bucket to another, which is from spending money to investing.

Then the next sentence, the average limit on new mortgages, the amounts of which borrowers were approved, jumped more than 20%. Now this is actually a little bit counterintuitive because if you have been following the real estate market for a while, as of June 1st, Canada actually restricted and it made it more difficult for people to get a mortgage. So despite that happening, there's actually a jump in the amount of mortgage limit being approved because obviously the house price has gone up and the mortgage is calculated based on a percentage of the home value. So as long as the housing price is going up with the ratio is being all passed and the amount of total mortgage in terms of dollar value will continue to go up. Now, the next part, the article says that stay increase in the number of size of mortgages in Canada, or taking out, drove to country.

It's outstanding consumer debts to nearly 2.1 trillion. Now this might seem alarming at first, but when you're thinking about the housing markets, historically, it has always been going up. And there's also a limited supply, especially with COVID when there's a supply chain constraints where houses are not being built as quickly as demand are accumulating. And it only makes sense that the consumer debts or in terms of mortgages will be going up. So it's not really that surprising. And I bet that if there is a chart in terms of consumer debt, it would be an uptrend anyway, sort the last 10 years. So reaching a highest high for a market that has an uptrend is a normal phenomenon. So I went to statistics, Canada, and, um, I actually found an analysis which shows the trends in Canada mortgage market before and during COVID. Now, what I was looking for is really the Canadian residential mortgage debt over many years.

Uh, but instead I found this chart, which is the year over year growth, which instead of total market size, it's actually just a percentage change, but I think it serves the same purpose, nevertheless. And when you're looking at this chart, what you'll notice is of course, the year over year growth rates of the residential mortgage changes over time, it fluctuates between around 3% to 14%. But what's important here is actually for the last 20 years, there isn't a year where it is negative. So unless there is a systematic crash in the Canadian housing market or there's fraud or whatnot, then the residential mortgage, that trend will be increasing. So it's going up regardless. So that means every year they will be making a new high. So here, when Bloomberg said, this sentence sounds kind of alarming, but when you look at the trend, it's always going up.

So every year it makes a new high regardless. So lower interest rates, multiple lockdowns and higher unemployment rates lead to a change in consumer behavior and competition among home buyers is fears in many markets across the country. So this is definitely something I've observed where there's a lot of fear of missing out when it comes to investing in the housing market, but it has been always the case for many years now. So it's not actually that surprising. Now, one of the more interesting paragraphs on this article is really this part, a higher savings rate combined with emergency income supports from the government has played into the housing boom while helping consumer pay down their credit card debt. So basically what we're talking about here is really printing money and giving it to the Canadians through serve. So that kind of makes sense. Like if I'm getting thousands of dollars each month, then I would be using that to pay down my credit card debt first.

Now one of the important indicators of a housing market crash is really default rate or delinquencies. So as of right now, the average consumer debts in Canada fell 4.2% while non-mortgage delinquencies also dropped 22% in the same period and mortgage delinquencies are also at an all time low. And this is important because if Canadians are taking on a larger debt, which means they might be paying a higher mortgage payments. And if there is also a higher delinquencies, then what you should see in the market is that, well, people are going to be defaulting on their home. They're forced to sell their home and that will be efficient cycle and lead to a market crash. Now, if the delinquencies are low and Canadians are taking on more debt, that just means they are still able to pay the payment. So within the immediate short term, there isn't a crash. However, when you start to see this KPI to delinquency starts to increase, then you should be very careful when it comes to investing in the markets.

Or we are going to see a flat interest rate because so far I haven't figured out a situation where the Canadian government can increase the interest rates without bankrupting corporations and, um, people with large mortgages with variable interest rates. Finally, the article ends with successful faxing rollouts will be crucial factor in opening up the economy, which will have a big impact on consumer spending and debt management. Now, when we think about the fact scene rollout and opening the economy, it seems like people are hoping that more houses are being built, which will then increase the supply and reduce the price. But chances are the houses will not be built fast enough. And here's an article on the Toronto side saying that Toronto home sales SLOs for the second month under lockdown. So let me just scroll down here a little bit. So Toronto housing market recorders has second consecutive month of slowing sales in may as reduced supply and a lingering lockdown contained a Corona virus to help cool off the markets.

So before that sale have actually reached a peak in March, 2021, when we're just coming off winter, there's limited supply because we haven't stepped into summer yet. And basically everyone is rushing to buy a home because of the demand from last year and because of lockdown, that's why the market has slowed down. It's not because the demand has gone away is just because of a government restriction. So within a month or two, when the government reopens again, I would expect the housing markets to be very hot, even though there is tighter restriction around getting a mortgage, because at the end of the day, when you think what the government is trying to do, basically making stress tests more difficult, making it more difficult for people to buy a place doesn't actually solve the problem. It actually doesn't reduce the demand because people still want to AKA live on their own.

People still want to get a place of their own and start a family and whatnot, so on and so forth. So I think the only real long-term solution when it comes to real estate is really increasing the supply. And obviously this is a much more complicated process because it has a lot of regulatory issues. A lot of building permits needs to be approved. And there's also a lot of different procedures permits that needs to be obtained before a development can be started. And obviously as the city continues to expand, there's also limited land. Once you build a home, you can't just tear it down and build it again without a significant costs. So when you think about the real estate market, the overall trend will still be up until people can no longer pay it. So right now, when you're looking at the market, you're really seeing two major effects.

So what people are quitting and looking for a higher paying job. And I think very soon, you're going to experience a lot of shortage in the labor market, which there actually are a couple of articles that talk about this, and this will lead to a salary increase because you can no longer hire people for such a cheap price. And this is really to compensate the increase in housing costs. But I don't think that will be sufficient to cover the increase in housing costs. So what that means is Canadians will be taking on a larger mortgage, which is actually the article we saw earlier here. So that means the mortgage payments will be higher. And I would assume that most people would be getting a fixed interest mortgage. And for people who are more daredevils, they might get a favorable interest mortgage. But this means with a two, three year fixed interest mortgage, the increase in interest rate will not hit the Canadian housing market until another two to three years later. So in the short term, I was still thinking the housing market will continue to go up, but the question is, well, how much more mortgage payments can Canadians afford to pay before they default on their loans? So that's it for this video. And if you're interested in learning more about investing and how to use such information to invest in the stock market and target 30%, then you can watch the free case study in a description below.